Which Came First the Cease and Desist or the Restraining Order?

We know it’s only a matter of time.

Back in October we competed in our home contest The Dana Point State BBQ Championships along with 77 other teams. I am going to leave the comp review to Scott to do in a future report but I do want to fill you in on our chance meeting with a star on Saturday morning.

We typically have some downtime between 6-7:30am of a comp. That time we usually dedicate putting away the sleeping bags and recliners and sourcing coffee. The comp is at Sea Terrace Park which is just a short walk from both the Ritz Carlton and The Montage Laguna Beach. Two of the nicest resorts in the area. There is also a nice coffee shop – Pain Du Monde (PDM) on the corner about 5 minutes from our site. Scott, Robby and I all decided to walk over and start the morning off with a great cup of coffee rather than the instant stuff we normally have. 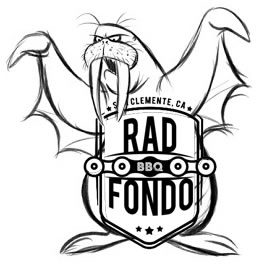 Dressed like three homeless guys that just slept a few hours we headed out across the park to PDM. We got our coffee and headed back to the park. Sea Terrace is a very large park that is loaded with nice paved trails so it’s a common area for hikers and people working out. As mentioned we are still wearing our overnight sleeping outfits and were likely the least reputable looking characters in the park. As we got close to our site an attractive woman dressed in a yoga outfit walked toward us on the trail. She looked very familiar as we drew closer and despite the fact that I was dressed like a Russian mobster in a tracksuit she smiled as she passed by and said hello. We said hi back and kept walking. I turned to Scott and Robby and asked if they knew who that was? They shook their heads but said she looked familiar. I said that was Denise Richards and we all just kept walking nodding our heads. I waited at least 10 seconds before asking them if they saw how she was giving me the eye? Scott disagreed and said she was checking him out. Robby obviously thought she was talking to him.

Scott would like to interject here as he believes he initiated the infamous greeting with Deinse as he always says hello to folks in passing. Begin Scooby-Doo Sequence: As she approached us (envisioning all of this in slow motion) she looked our way, Scott said “good morning” and Denise something like “hello”, the pause and greeting was like two old friends reuniting, a very touching moment. End Scooby-Doo Sequence.

By the time we walked the final two minutes to the site the story had morphed out of control and she was dating each of us. By the end of the day it was no longer a chance meeting and she was actually in love with us and was stalking us. Needless to say the legend grew out of control after our last turn in and we started having a few beers. So we decided to make her an official team member at that point. Unfortunately she has a very busy schedule so she hasn’t yet been able to attend any future events but who knows when she will show up to lend a helping hand.

Don’t believe me? On Sunday morning after I got home I checked my email and this is what greeted me. 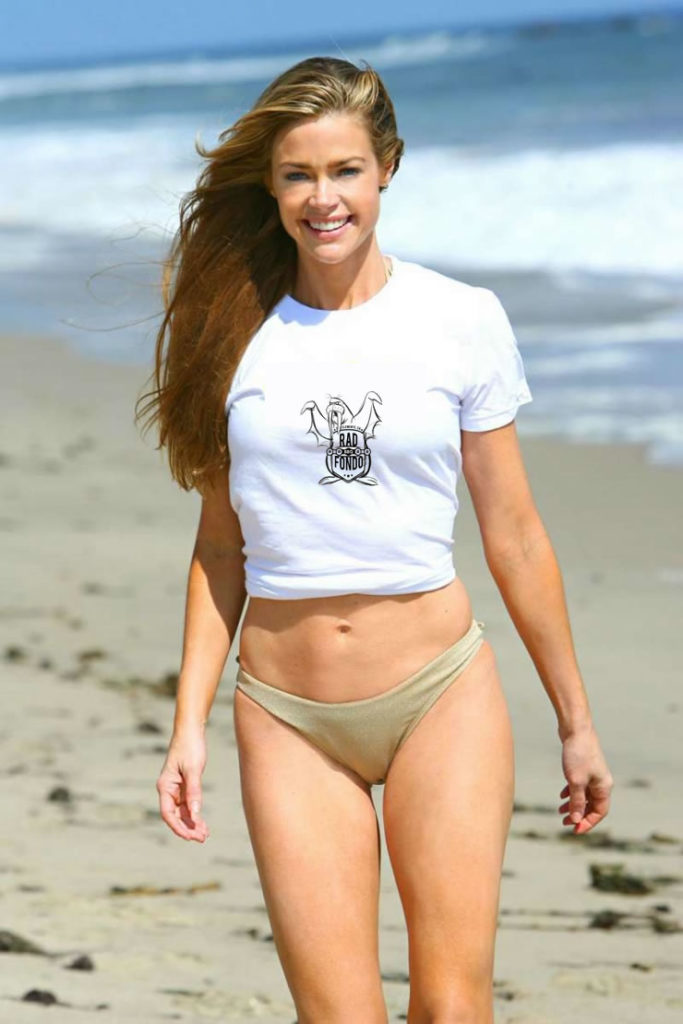 Thought you guys might enjoy this, when I got up this morning Denise and I went for a walk on the beach and guess who was wearing their BBQ favorite shirt?

Thank you all again for all the help, support and patience. Denise gives her best and hopes to see you all again next year in DP.