The new Humphrey’s Qube’d Battle Box arrived at our warehouse several weeks ago but due to some speed bumps in the road of life, I was unable to do more than inspect it for damages. Since I pick up the trailer tomorrow and had a little extra time this afternoon I thought I would unveil one of the new competition cookers for 2017. 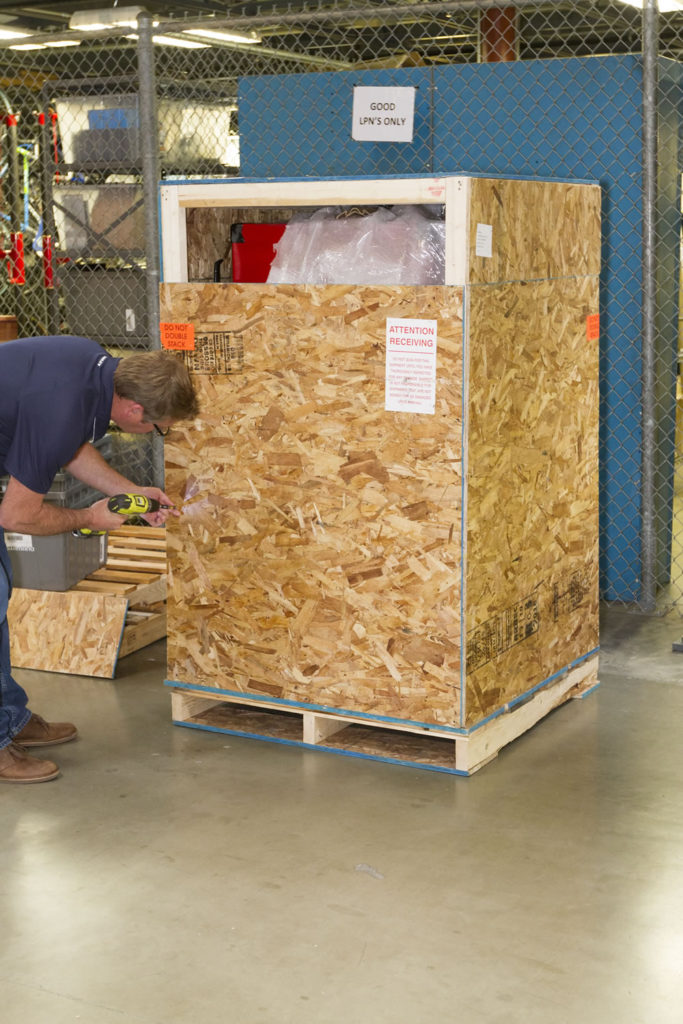 You are going to want a good cordless screwdriver and a nice bit.

Somebody at Humphries takes a lot of time packing the smokers for shipping. If you receive one with damage, the shippers had to work really hard to do it! 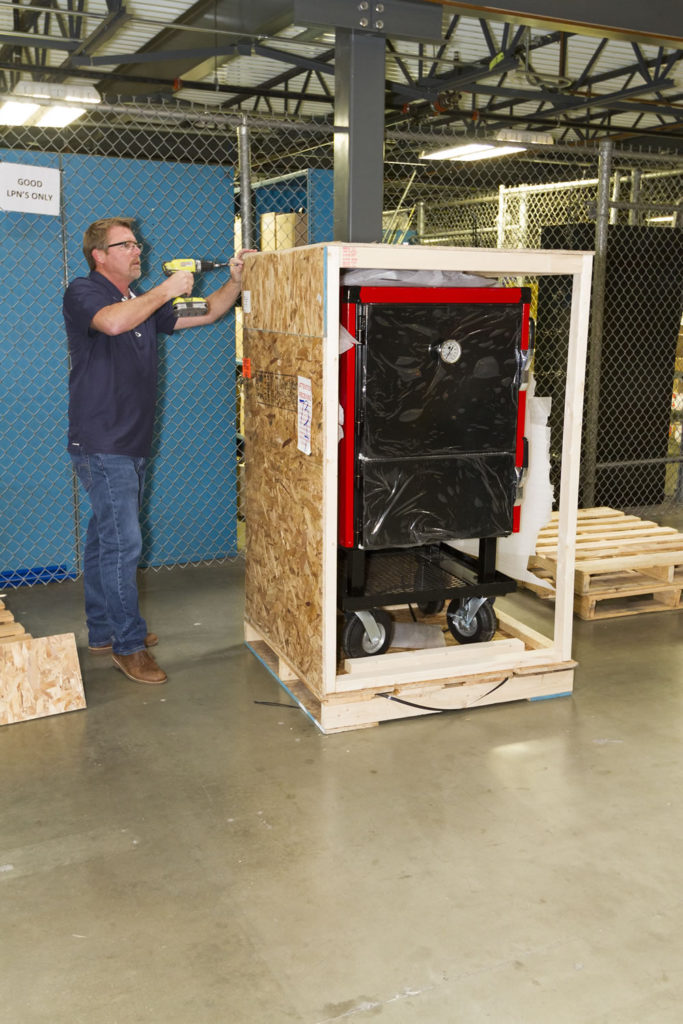 6-8 screws per panel. We are going to be here a while… 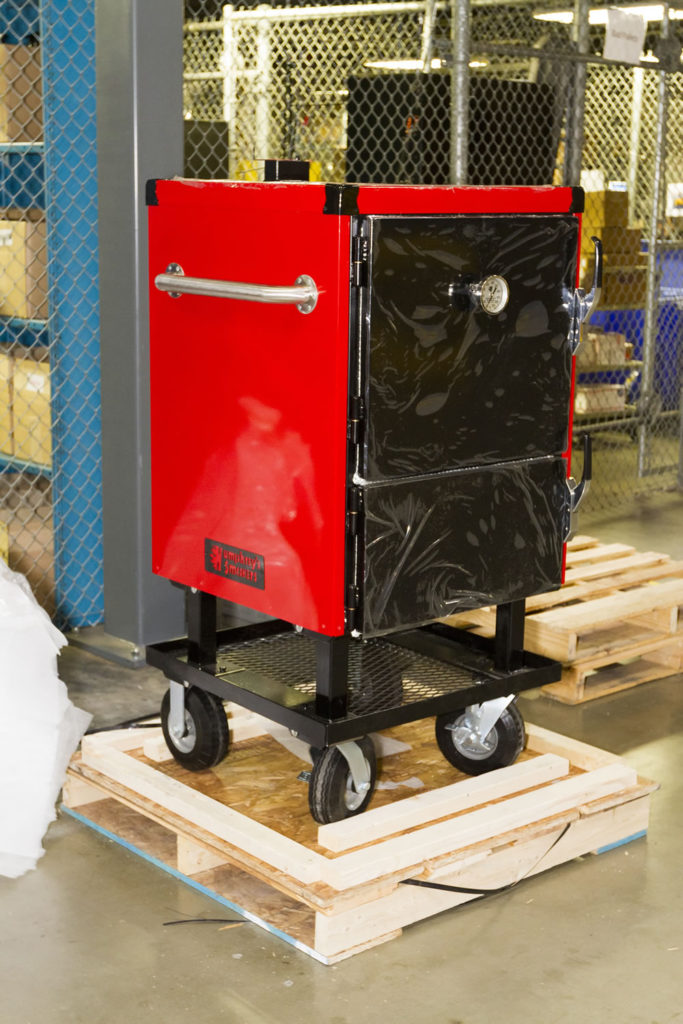 Look what was hiding inside.

I ended up with 56 screws after the sawdust cleared. I’m sure I dropped a few as well. Now it’s time to figure out the best way to get it off the pallet without having to grab a forklift.

We finally decided to remove the blocks holding the rear wheels and just gently roll it off the pallet. It worked like a charm. With my old Battle Box on the cart I found that it was quite easy to tip it up on the back wheels and roll it around like a furniture dolly. This works on this one as well but since it’s a lot heavier it was easier just to roll it around. 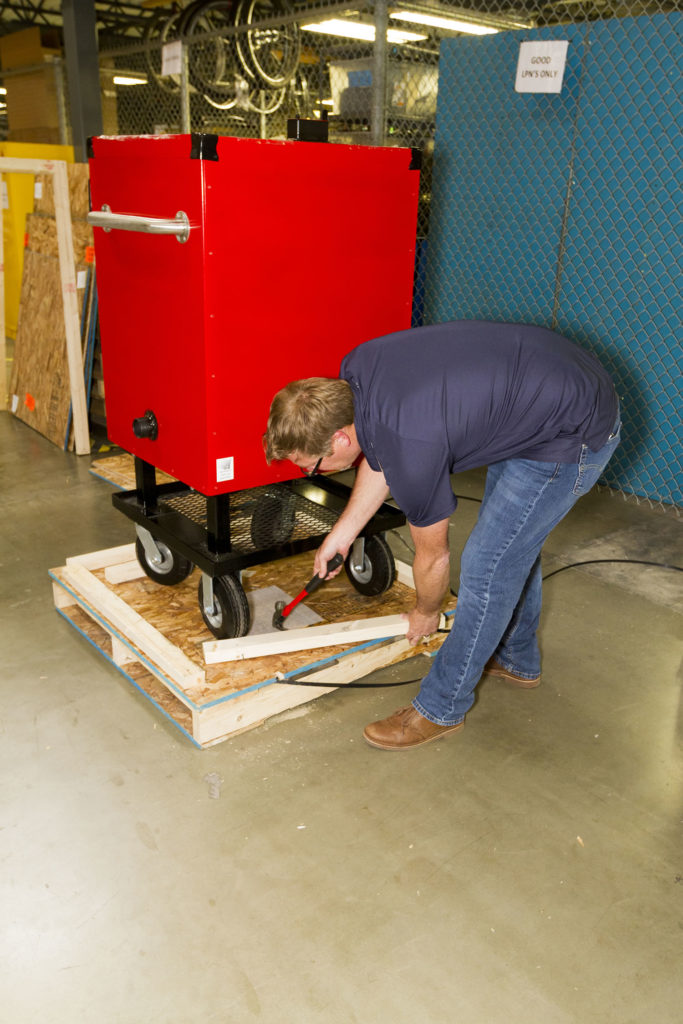 Remove block from rear wheels and ease it off the pallet.

Had to get it out of the warehouse and into an area that I could easily access tomorrow. Had to move it about ¼ of a mile (it’s a big warehouse). This thing rolls like a dream! I’m sure it’s going to cook as nice as it rolls too. 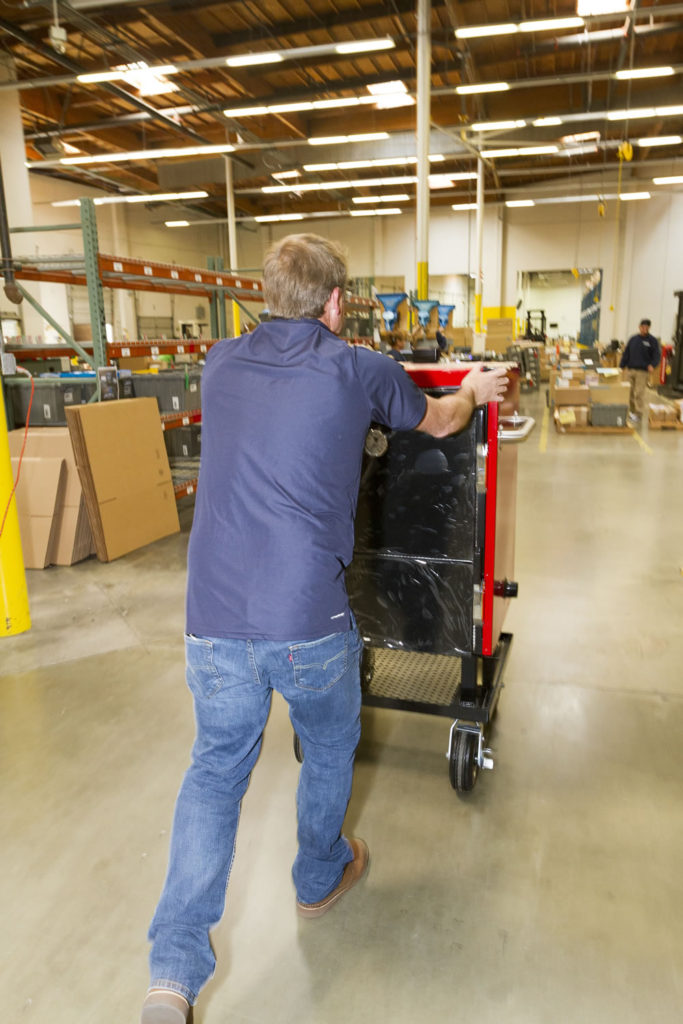 Chad sent several options of stainless racks. Can’t wait to try out the round stainless on some ribs this weekend. 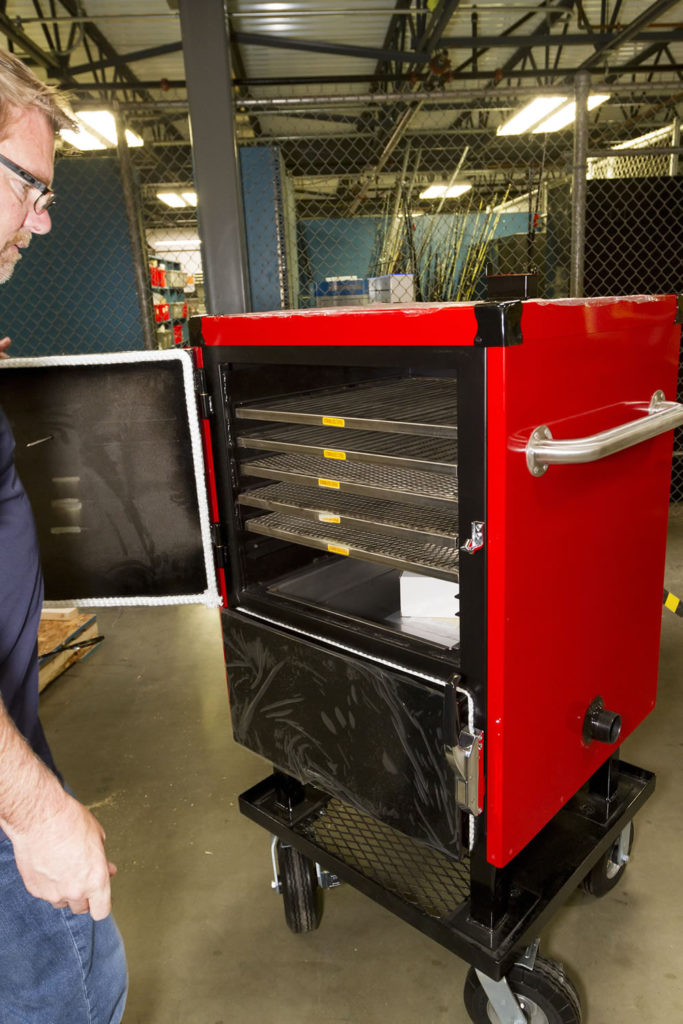 That’s a bunch lot of stainless right there.

Check back on Monday for the break in and first cook reports. Hopefully we can shoot some video as well. 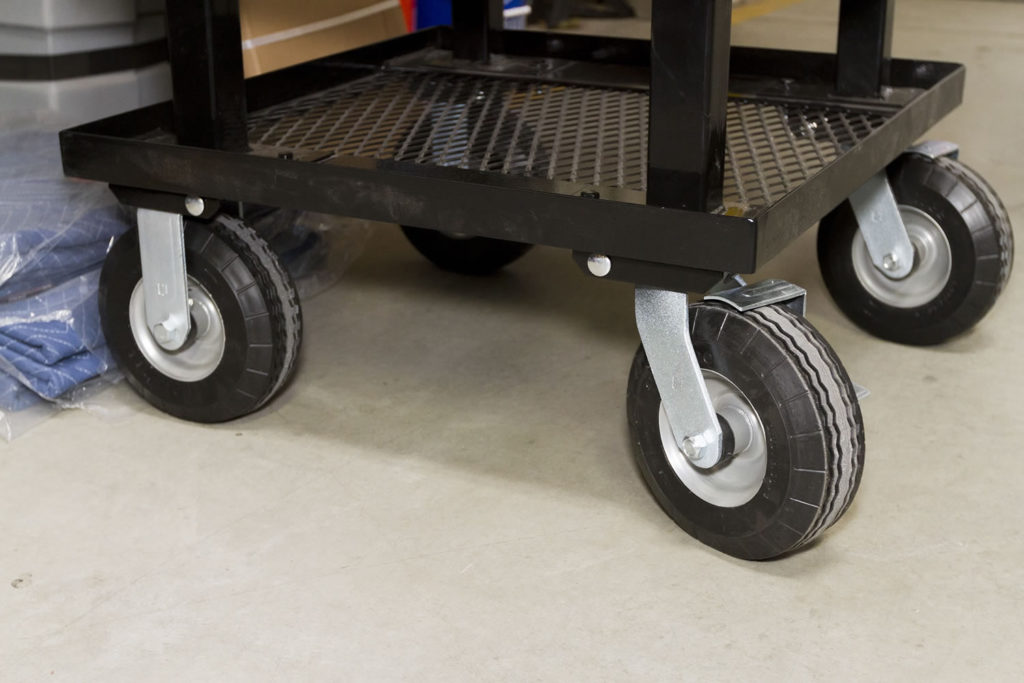 Sweet wheels on my whip.