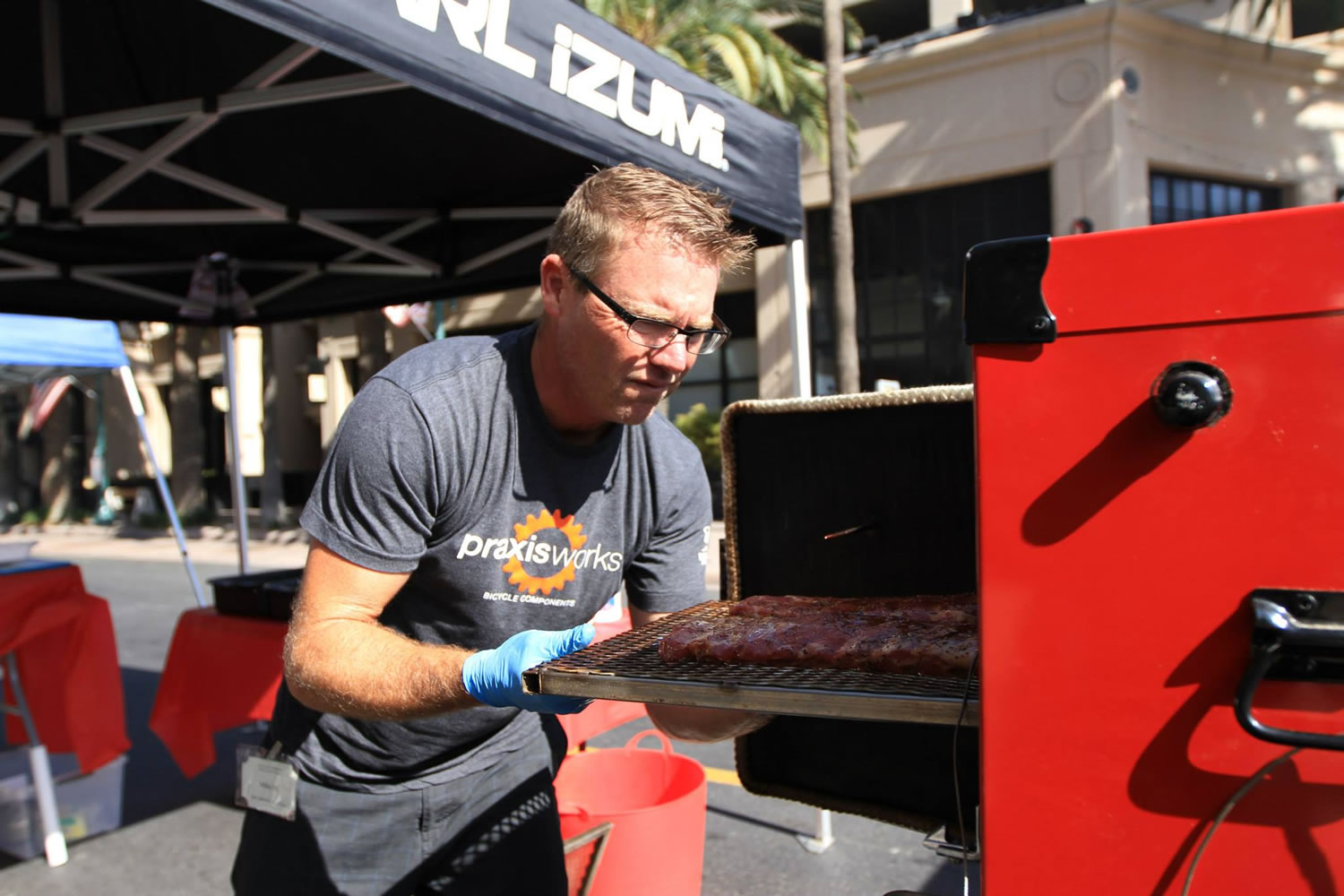 Blame it All on Harry Soo!

Slap Yo Daddy about sums it all up.

Everyone is a newbie at some point. Scott was at one point and you have been following along as he has forged his way down the brisket trail. Just before I joined forces with Scott, I dipped my toes into the water and tried my hand at my first backyard competition.

It was the 2nd Annual Harry Soo Backyard – Q’ing and Brew’ing BBQ Competition and Beer Fest in Anaheim. It was held in June of 2015 and I had Shuji Sakai as my mentor and Janette Channing as my helper. It was a 3 meat comp – chicken, ribs and tri-tip so I figured no problem as I have made all 3. Luckily Shuji was able to help me a bit before the event and we built a timeline and checklist to keep things straight. After that he did his normal step back and watch routine. Janette helped me build the boxes (actually after I did such a bad job on the first one she redid everything and built me 3 nice ones).

The first turn in was chicken. I figured I had this category down cold as the chicken I make at home is incredible (all my friends said so) and I had watched a video on the internet on how to make competition chicken. I just combined the two products and I was ready for the win! Fast forward to the open judging table and the first judge asked me if I knew that chicken had tendons and veins that needed to be removed. I noticed one judge took a polite bite and set the rest down quickly. This was not going well. Everyone was polite and gave me useful feedback and did their best not to tell me that my chicken was not very good. My sauce had too much tomato sauce and my flavor profile needed work. Huh? What’s wrong with Lawry’s garlic salt and pepper for flavor? Also, who doesn’t like Sweet Baby Rays BBQ sauce? It must have been the apple juice I thinned it out with. My appearance scores were all over the place as I had an ugly thumbprint on one piece and the box kissed the tops of all the other pieces. 20th place out of 23 with a stellar 151.99 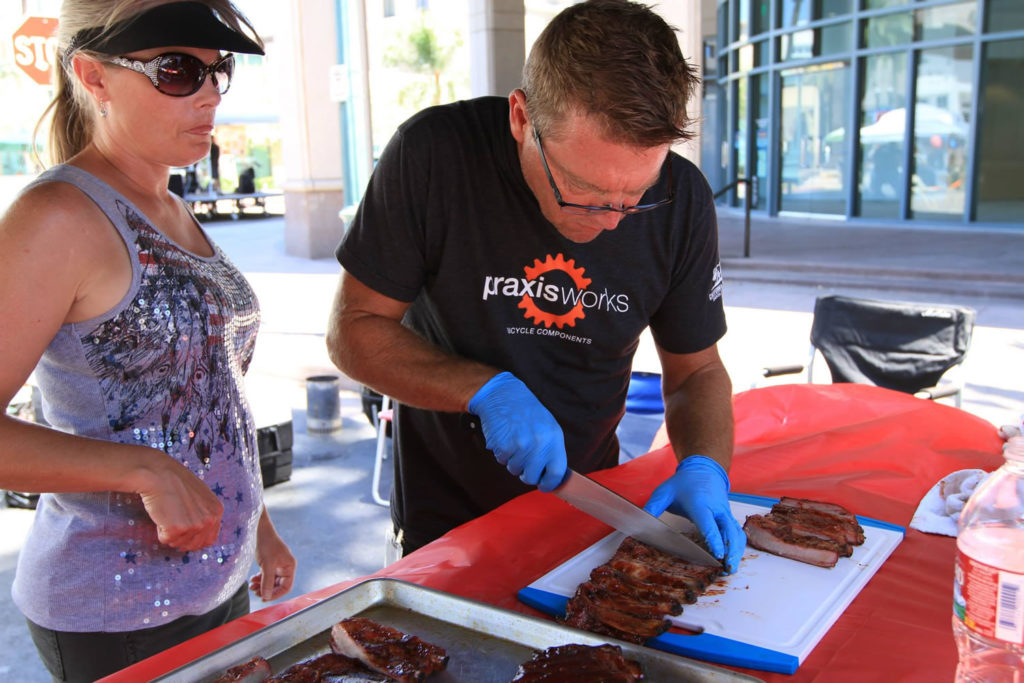 Next up were the ribs. Since I had just taken delivery of my new Humphrey’s Battle Box and had a few practice cooks under my belt I was looking forward to my rib turn in. The Battle Box settled in at 275 degrees the entire time so it took a lot of guesswork out of the mix compared to my little Weber Smokey Mountain (WSM). My “secret “mix” of ingredients I used in my rub was sure to be a hit. A little honey, apple juice and brown sugar when I wrapped them and I was golden. That was until I pulled them out of the foil and the apple juice had literally boiled off my rub. Oops. I brushed what I could back on out of the foil and added my sauce. As you can see from the pictures, my brush strokes were perfect and the judges let me know that possibly in the future I should try to avoid including those. My taste scores were ok but no better than my appearance scores. The tenderness was much better and that saved me. Ended up in 9th place with 165.71 points. Actually considering what I turned it I am pretty happy with 9th.

Time for the tri-tip. It’s actually something I cook all the time at home. My problem was that I buy the pre-marinated ones from Costco and this time I had to season my own. I went with an Asian fusion mix and threw it into the battle Box. In hindsight I should have just used an over the counter rub and cooked it on the kettle but I had the shiny new battle box so into the smoke it went. I pulled it at 140 and let it rest. At least I knew it was cooked to the right temp. My second mistake was that I had never sliced a tri-tip before. My wife normally does it so how hard could it be? Shuji allowed me to hack up nearly half the tri-tip before suggesting that I try to cut thinner, even slices with the remainder of the meat. I was able to salvage 6 decent slices and off to the judges it went. Again it was another uncomfortable 5 minutes as the judges explained why they gave me the scores that I received. One judge asked me if my smoker was broken as the meat had a bad smoky taste. The judge next to him mentioned that it tasted like creosote. So much for my Asian Fusion profile. I thanked the judges and slinked back to my cook site. Ended up in 14th place with 157.71 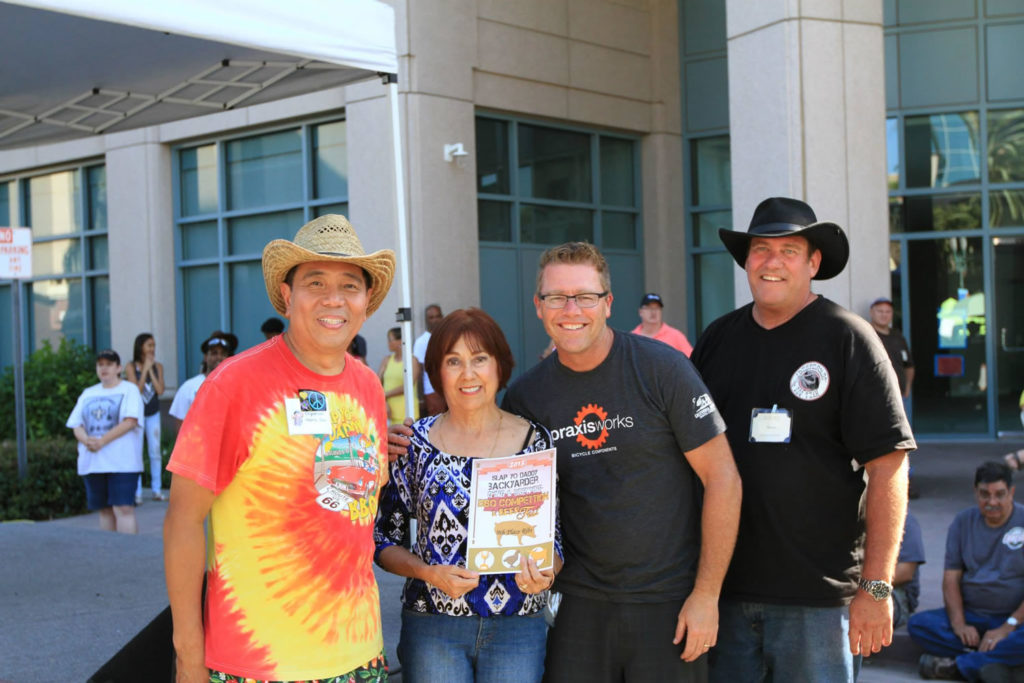 When the smoke cleared I finished 17th out of 23. I really didn’t enter the comp expecting to win but realistically thought I would do a little better than I did. My goal was top 50%. I got a good lesson in humility for sure. After I got home and thought about everything the judges said I realized that if I wanted to be any good at competition I had to rethink the way I was approaching my cooks. No more winging it and believing that I knew what tasted right. I debriefed with Shuji the following Monday at work and he gave me some insight on building a process driven approach towards cooking. Working on understanding what I was doing and why it was important. Believe me, I took that lecture to heart and instead of giving up on competitive BBQ I decided that I could figure this out. It’s just going to take some time.

While writing this blog I looked up a few up my fellow competitors and a few are still out there with us. The most notable (at least as far as I can tell) was Derrick Judge from 2 Live Q. Derrick ended up 9th overall BTW. He should watch his back because it’s payback time in 2017! 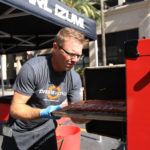 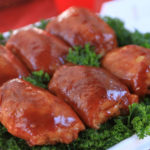 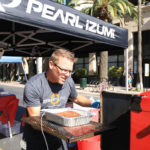 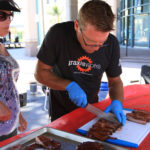 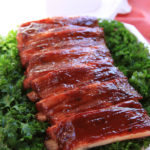 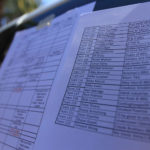 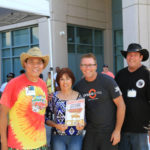