Diary of a Brisket Cook

You win some, you lose some. 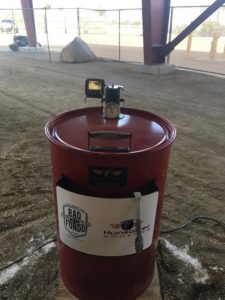 I live and die at each competition by the success or failure of my cook. My job on the team is to cook the brisket. My transition over time has gone from try not screw it up, to nailing the cook as I get more proficient at the task.

We recently competed in two back to back competitions; the SoCal BBQ Bash in Pomona and the Horse Town Brew N Que in Norco, California. The conditions were good, maybe a bit warmer then I would have liked, but as far as the cook goes they were fine. I am currently cooking Snake River Farms Black Wagyu brisket from my good friends at The Butchery on my Hunsaker Vortex drum.

The last few competitions have taught me multiple lessons. The biggest is that I am still learning and I have a long way to go. For the last 18 months there have been many highs and lows and just when I think I have it figured out the judges kicked me in the teeth!

Two weeks ago at Pomona I pulled the flat too early and it was a bit too tight to use. I thought I had nailed my burnt ends so I was feeling good about the box sans slices. We had scored 176 at Santa Anita with a burnt end’s only box and it had given me a false sense of security. The cubes of love I felt were my best yet only scored 153.68. Ouch. 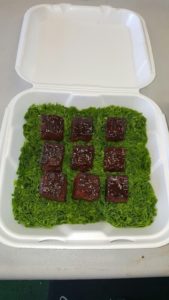 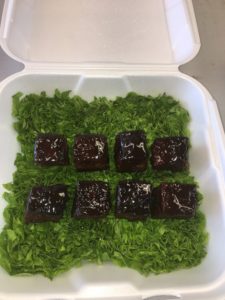 The Pomona box that bombed

Fast forward to last weekend and we competed at the Norco Brew N’ Que. The error at Pomona haunts me and I am determined not to pull the flat too soon. I arrived at the site around 5pm with just enough time to trim, inject and season my brisket. I even found enough time to squeeze in a nap before dinner. We crashed around 11:00 or so. 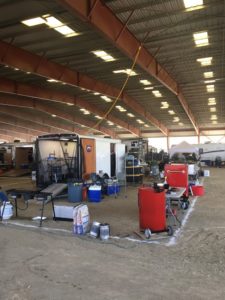 Our set up at Norco

My alarm went off at 1:45am and I got up to light my chimney. Everything went well all night and into the morning. I was completely focused on the flat and it is probing perfectly. I hit my mark and brought it into the trailer to vent and rest. I had not checked the point and typically would let it go another 20-30 minutes to render all that fat out. This time I did a quick check just to see where it was at and it probed super tender. I pulled it in fear I might overcook it. I vented it and threw it and the flat into the cambro to rest.

I felt great about this one and as turn in’s approached I started the prep on the brisket. When I sliced the point for burnt ends I realized they were going to need some extra time in the smoker. Nothing to worry about as we have plenty of time and I put them in to finish. I began slicing the flat and it was perfect. Taste and tenderness were spot on. We were pretty excited as this one is great. We put the slices into the box leaving room for the burnt ends and grabbed them from the smoker. We let them cool for a minute and on first touch we realized they just haven’t rendered down enough. They looked great, they tasted good but they are not nearly as good as the slices. We rushed to add an extra slice to help fill the box but it is a band aid at best. We know the slices are good and it’s a solid turn in. I was guessing around 168-174 based on what we have done in the past but what the hell do I know.

We passed our meager box off to Janette who hustled down to beat the clock. She made it in time and we settled back down to pack up everything before awards. We headed over to awards at 5:30 to see how we did. We walked in chicken and again in pork. No calls on ribs or brisket. There is always that pit in your stomach as you never know if you just missed reaching the top 10 or missed it completely.

I picked up our score sheets from Steve Alvarez (KCBS rep) and see we took 18th overall which is not bad at all. I took a quick glance and see we nailed the first three meats but brisket bombed. No terrible scores but it’s obvious the judges just thought it was OK. 161.14 – 38th place. Not what we were expecting!

Our incomplete turn in box

It was a bummer to see that score but upon reflection I felt we did everything in our power to sabotage the briskets chance. The presentation with the void in the front had to leave judges wondering what was missing. Why was there a big open space in the front? We used green leaf medallions and they likely bloomed on us. When I looked at the pics of the box it didn’t inspire me and my guess is regardless of the flavor, the presentation killed it. You eat with your eyes as well as your mouth.

Looking back there were lots of things we could have done but the reality is I screwed up the point cook and that cost us. It bummed me out as Mike had a very solid cook and I just needed to hold up my end of the deal and we had a possible top 10.

What I have realized over these last few cooks is I feel in control of the flat but I am less comfortable with the point and how to manage that cook. Just when I thought I had this under control I realized I have a long way to go.

I am still a rookie but I’m driven to perfect this product and help our team succeed. I have been told our flavors are great so it boils down to more cook time. Practice, practice, practice. After that I think I will practice some more. Frustrating to be so close yet so far!

Got any burnt ends tutorials? Send them my way. Scott@radfondobbq.com