The Trials and Tribulations of a Competition BBQ Cook

Let there be light or would I rather cook in the dark?

On April 16th, we entered the The Ultimate BBQ Showdown East Vs West VII 2016 in Wildomar, California. As you may have figured out by now, RFB’s mantra is “process and consistency” even if that means doing things wrong repeatedly which unfortunately has been the case this year.

With that in mind, today’s lesson is about preparation and understanding the environment you are cooking in. Obviously you are going to check the weather and possibly look up the site on Google Earth to find out if you are cooking on grass, gravel or pavement so that you can be prepared as possible. We did our due diligence and thought we had everything we needed but true to the rookie school of hard knocks we again learned we were wrong. What went wrong this time Rad Fondo? One word, “lighting”.

How do you not bring lights to a comp? Good question. We do bring lighting although it was minimal at this point. This includes lanterns and headlamps which is about the minimum you can get away with. Immediately after this comp we started making some much needed upgrades.

The issue at Wildomar wasn’t our lack of lights, it was the facility lights on the property. We happened to be pinned near a wall that had Low Pressure Sodium (LPS) street lamps right behind our site. What is an LPS light? Have you ever driven around an area where the street lights are yellow? Those are street lamps equipped with LPS bulbs. Why do cities use these ugly lights? Simple, they are inexpensive and use less energy, good for the city but bad for the competitive BBQ cook. 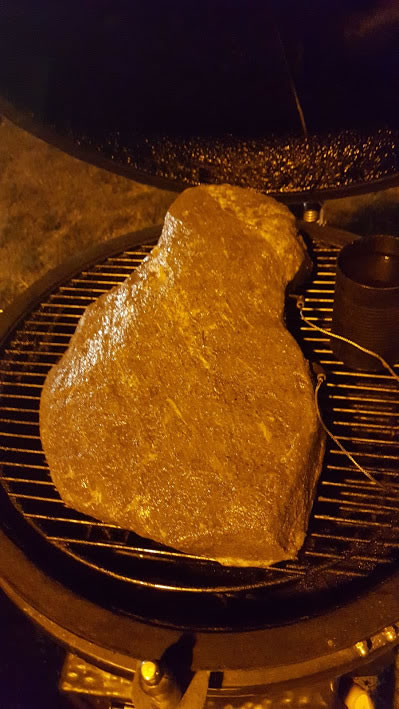 When you check out the attached photo’s you can see the odd color of our food and surroundings. My challenge that night was the brisket cook. As anyone who cooks brisket will tell you, it is a difficult to do properly even in the best conditions. The brisket was being stubborn as usual and to add to my misery the LPS lighting was making it impossible to really tell what was going on with my brisket. I cook to color before wrapping and even using every light we had I just couldn’t get a good read for how the bark looked. So at some point I just sort of gave up and wrapped my purplish brown brisket and hoped for the best.

So after a long night we figured that the rough patch was over. Nope. Not for RFB. The brisket finished way too close to the turn in time and there was no time rest it before we had to slice the flat. Damn, another mediocre brisket was turned in for 28th place. The bright spot was that despite guessing on the color we still pulled off all 9’s for appearance! Now we just have to work on the rest of it…

So how have we improved this process? We added a nice fluorescent light that we hang from one of our EZ ups. It sits directly over our trimming and boxing table so that we always have bright lighting. It even comes in handy during the day as our blue sidewalls can throw of an odd color when the sun hits them at the right angle. At least Wildomar taught us something and that is a good thing.

The moral of the story is to never assume that you have all the bases covered. Ask other competitors of any challenges they may have dealt with in the past and preview the site if possible. Almost every competition we have attended has been near a Costco, Home Depot or Lowes, if you run into a challenge like we did at Wildomar get in the car or send someone to get the tools you need to cook to the best of your abilities. There is no need to waste all that money in entry fees and food over something like lighting.

We hope to compete at Wildomar again as we are now better prepared and ready for the yellow lights of doom. 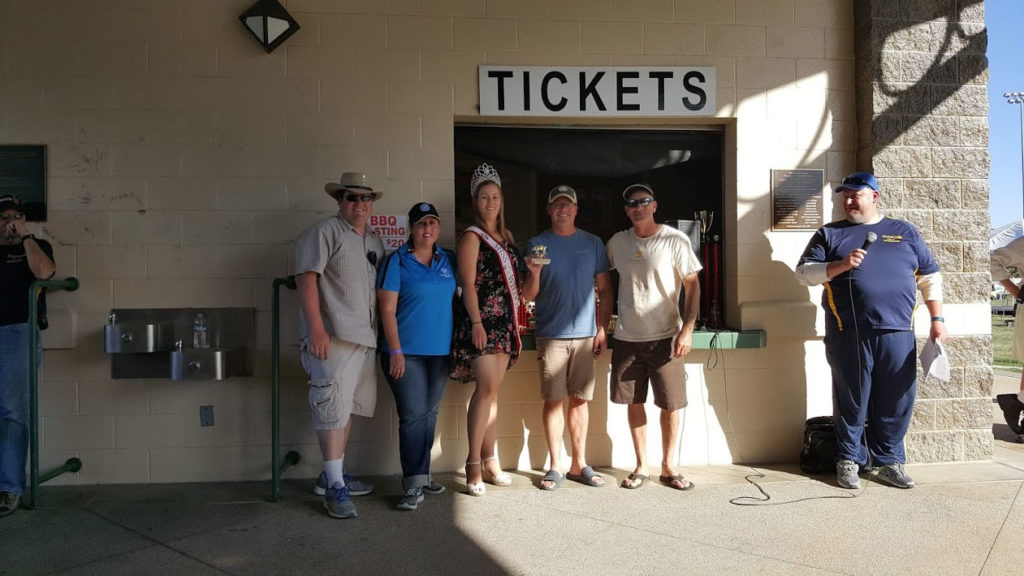 There was a highlight we took 9th place in ribs