Who doesn’t like some good old fashioned potato skins for an appetizer? Think they are best from your favorite restaurant or hot out of the oven? Well think twice because Rad Fondo is going to break off the digits for their twice baked potatoes in today’s recipe.

Wash and rinse potatoes. Coat lightly with olive oil and sprinkle with salt and pepper. I like to put them in a Tupperware container and shake lightly to get a nice coating. Place in a 350 degree oven until done (about 45 minutes) Allow to cool then slice in half. With a small spoon scoop out the insides of the potatoes and place in a bowl. Stir in butter, milk, sour cream and hand mix until you have a nice lumpy mixture. Add salt and pepper to taste. Note – You may need to add more or less milk depending on how the potatoes break down. You want a consistency just thicker than mashed.

Cook bacon until crisp and then crumble and set aside with blue cheese, Mexican cheese, jalapeños and seasoning.

Take your potato mix and stuff it back into the potato skins. Fill each one until level with top of skin. Add jalapeños to taste. Next add crumbled blue cheese and press it into the mixture. Sprinkle liberally with the Simply Marvelous seasoning. Add as much bacon to the top of each skin and press it into the mix so that it stays put. Coat each skin with the Mexican cheese. Don’t worry about using too much. Pat lightly so it adheres and doesn’t fall off.

I like to cook mine on a Weber kettle in a two zone layout on the indirect side. I made the ones in the photo while cooking chicken and put them on for the last 25 minutes of the cook. Your just trying to heat them up and melt the cheese. 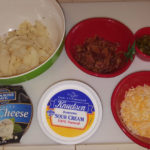 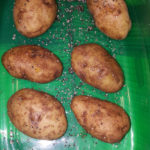 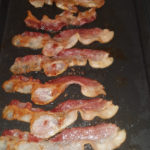 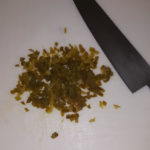 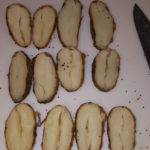 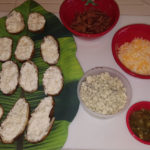 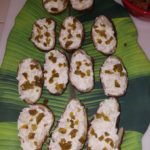 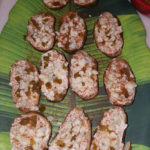 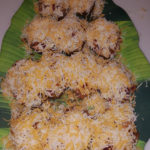 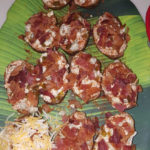 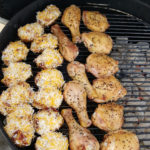 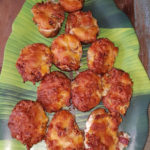